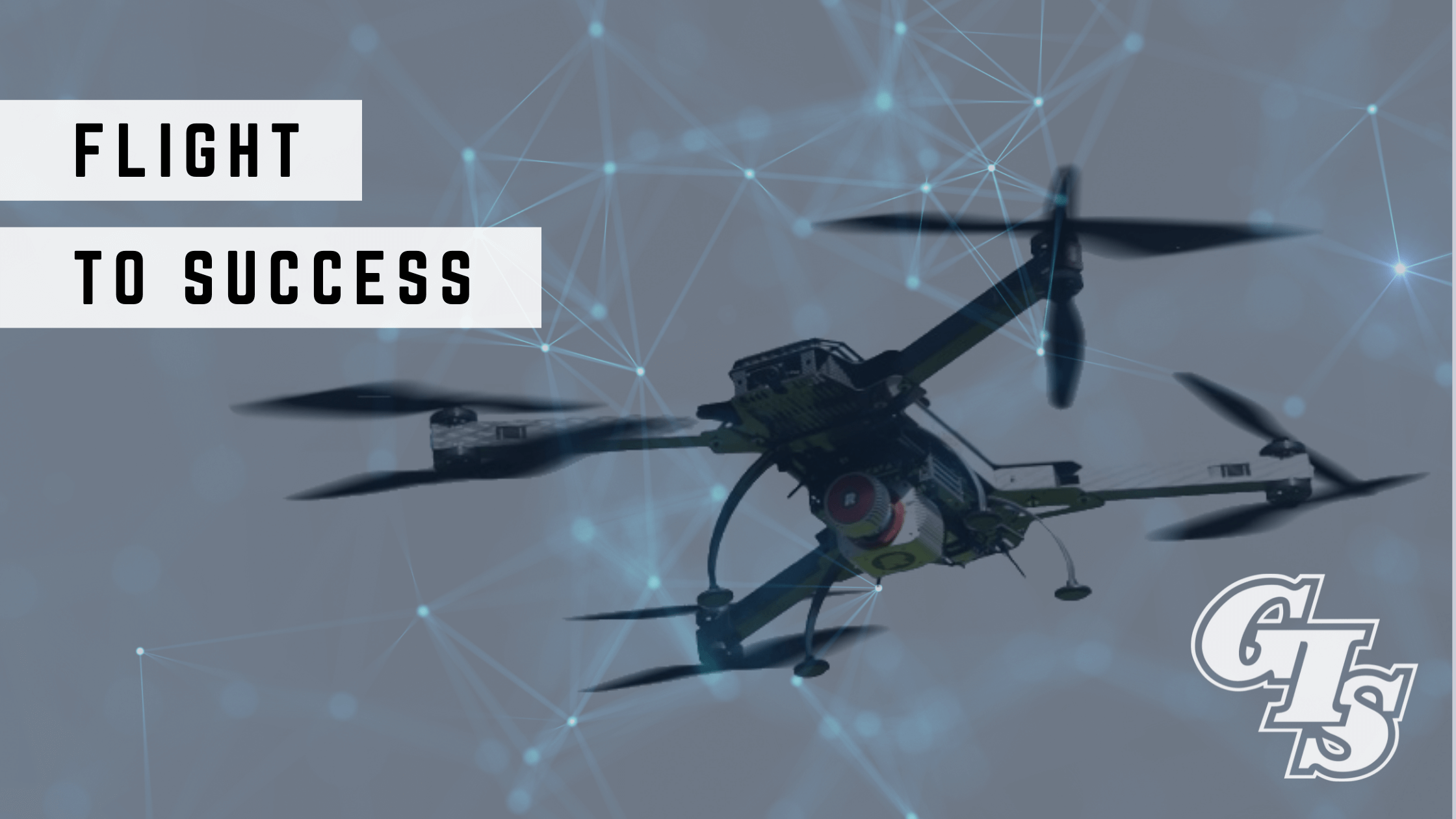 One of the smallest, yet most impactful tools to transform our working lives has been the humble drone. This pint-sized ‘winged-worker,’ also known as an Unmanned Aircraft System (UAS), has single-handedly expanded the horizons for Governments and industries across the world with its myriad of uses, that are only growing in number.

Drones, fitted with specialist equipment, can be deployed for information gathering purposes using high-definition cameras, or with sensitive scanners to map structures, land, and waterways for environmental, engineering or construction applications, to the more commonly known uses in military defense duties. Their unique selling point being that their human operator can be tens of yards to thousands of miles away from the drone’s location promoting safety and accessibility.

In our world of the Energy sector, drones are soaring high above other methods for intelligence-gathering tasks such as surveying, inspections, and fact-finding. Oil, Gas and Renewable work-places are synonymous with hazardous or inaccessible environments, and it is now a matter of fact that drones are, not only gathering more detailed data, but are preserving life as Dacoda Bartels, Aerobotics Drone Division Manager for GIS explains:

“Why would you ever risk human personnel if it's not necessary? And especially today, post COVID, when issues with POB (persons on board), is always a struggle for operators who want minimal people at the location. Operators want minimal risk, everything to be quick and simple, and the drone really checks every single one of those boxes. On top of that, it's so much faster than anything else you could do. If there's any part of my job that's easy, it's selling our drone services because there are so many wins for Operators.

When you compare it to the traditional method, involving multiple personnel, you can make a case for higher safety margins and increased productivity. If you had to send a person every time on a job such as a routine inspection, you inevitably increase the chances of an accident happening. But if you send a drone, even if you had a catastrophic incident, you're only ever damaging the aircraft.

Drones are less expensive now than they were years ago. They're still not cheap, however they are very easily replaceable and you're not harming anyone in the process, mitigating risk, the most crucial factor of all.”

GIS acquired the Aerobotics Drone division in 2018 and utilizes this technology on the majority of tasks involving Offshore facility inspections, where images transmitted from the drone can be viewed live from anywhere in the world. Teams are able to view the location and at the same time, talk to, and direct the pilot.

Typically, a drone crew consists of a minimum of two engineers, one to fly the drone and the other to operate the under-slung payload, usually a camera or sensors. At Offshore locations, the drone team are usually ship-based in a purpose-built container complete with viewing window to ensure a line of site to remain in compliance with the increasingly strict Governmental FAA (Federal Aviation Administration) rules. However, Dacoda believes this time-saving factor has revolutionized inspections whatever the weather:

Eyes in The Sky “Thanks to our drone being their ‘eyes in the sky,’ engineers can perform their entire inspection visually without having to board the facility at all. Post-hurricane there’s often damage, and tall, Off-shore locations can be incredibly dangerous especially if you are unaware of its condition post-storm. Instead of climbing up a structure or swinging across with rope-access, which may endanger human life, drones become hugely beneficial.

It's not just the accessibility of locations that’s the bonus, it’s the speed. We use the ‘four times’ number in terms of pace. If you think about it, a traditional inspection team goes out by boat, if seas’ permit, use rope access and physically climb to get to the inspection point. With a drone, we don’t have to do any of that, we can be a hundred or more feet away, launch the drone and be in position before the inspection team’s boat has hit the water.

Oftentimes we’ve completed an inspection in twenty minutes and we’re on to the next task. Our customers are amazed by the swiftness of it all and are complete won over to drone technology.”

The Aerobotics Drone division boasts a range of aircraft platforms including small fixed-wing drones to the larger multi-propeller types. The majority of weather conditions are an easy challenge with drones able to operate in twenty knot winds, although heavy rain can be an issue should water block the sensor or camera lens.

Data and imagery collected are of the highest detail and definition due to the 6K resolution and up to180X zoom abilities of the equipment used.

Drones may be limited to facility exteriors, but they do promote ‘access all areas’ especially when it is impossible to send an engineer in to do the task. In cases of towering structures, drones have the ability to conduct multiple 360-degree orbits around the facility, from a variety of angles, quickly, and with incredible accuracy. Dacoda explains that it is this flexibility, versatility, and cost efficiency that Operators are appreciating the most:

“From the perspective of one customer, we regularly conduct ‘Level One’ inspections for them, which is an examination that's mandated by the Federal Government. In cases like that, it takes multiple hours for a traditional crew to complete that full assessment. Whereas with the drone, we're achieving those within thirty minutes, and we can cover multiple facilities in one day.

We really play a key role within our client’s team and what frequently happens is that our customers, who will be watching live from the comfort of their office in Houston, for example, will ask if we can take a vicinity detour from the original task. It’s often to check out welds, joints or look for corrosion and they may ask for a breakdown of anything we find.

It takes us a matter of minutes to go check out a Communications tile or the Heli’ deck for example. Why wouldn’t we just go take a look at it while we are in the air? Many of the facilities at sea are unmanned and it is imperative Operators know the condition of them at all times.

Drones take the headache out of detailed inspections, and we have noticed our clients are starting to think creatively about using this technology to cover bases they hadn’t originally thought about; drones are becoming a very valuable tool to have at their disposal.”

The ‘value add’ of drone technology, or more importantly the cargo it can support, is clear to GIS and its family of companies who have collaborated previously, and now merged (March 2022), with Chustz Surveying, LLC, who are experts in the field of surveying and mapping services. Operations Officer is Chad Netto: “We use a variety of cameras and sensors on our airborne and water-based unmanned drones. And regularly fit our aerial drones with ‘Lidar’ (Light Detection and Ranging) remote-sensing equipment, to scan land and shore-line objectives at low-altitude.

We’ve actually been collecting Lidar from 14,000 feet since the 1970’s, but with low-altitude Lidar, we are able to survey surface areas and structures with incredible precision that we couldn’t before.

The scanners we use collect between 800 and 1200 points per square meter and from this data we can create an incredibly detailed ‘point cloud’ 3D model, a replica of the area with exact geo-location positioning of each point.

We are always asked by Engineers regarding the accuracy of this data but when you compare it to a photogrammetry image of the same area, our results clearly prove there’s no comparison. Lidar scanning offers more detail and precision down to the inch.

In the Southern states, especially those bordering the Mississippi river and the Gulf of Mexico, this data is vital especially in times of weather emergencies causing storm-surge and flooding. Federal Authorities, Civil Engineers and in cases of emergency, the Military Corp of Engineers, must know the lay of the land above and below the water.

The speed at which we can deploy our equipment and provide the necessary information, in turn, ensures reconstruction and repairs are conducted as quickly as possible. Drones have been the ‘game-changer’ for Civil Engineering teams like ours at GIS, who provide this airborne surveying service, and vital emergency support, that’s crucial in this part of the world.” Drones may deliver on the data-capture, but an intelligent, comprehensive software package is essential when demanding a detailed diagnosis of a scanned area. GIS has had incredible success harnessing the power and reliability of ‘MODS Software solutions’ and in particular, ‘MODS Reality.’ The GIS Aerobotics Drone Division has utilized this data-analysis system to process and translate vast amounts of data, and in a matter of days deliver project results. MODS Reality also combines the data-findings from other air, water, or ground-based data-capture devices to round-out a most comprehensive picture for all concerned to view and hone into, from anywhere in the world.

The final product, a 3-D model, an as-built color replica of the facility or area, enables engineers to anticipate any future issues that may hinder their project and provides the visual clarity to the task at hand.

Together with the speed, efficiency, cost savings and the massive reduction in risk to life, it is no surprise that drones, with their advanced technology, superior software, and growing number of advocates, are proving they are clearly on the flightpath to future success.

Vice President of Fabrication is Lee Bordelon Sr, one of GIS’ long-serving employees with more than twenty-eight years of service. His knowledge of...

One of the smallest, yet most impactful tools to transform our working lives has been the humble drone. This pint-sized ‘winged-worker,’ also known...

Brad Pregeant - A Look Inside GIS

Forty years ago, Brad Pregeant started his career in the family business as an apprentice Roustabout. Little did he know then that the company his...